This project was inspired by my own problem, as I often forget to water my plants due to my busy schedule, and as a result many of my plants die. I wanted to create a tool that would remind me when to water my plants.
Product designer, UX designer: User storyboard, wire framing, prototyping, usability test, research.
Goals
Keep plants alive! An app to schedule alarms to remind users to water their plants.
Method
User storyboarding & research: Do others have the same problem and would such an app be a viable product? How do people care for their plants? Results: After surveying people on their methods for caring for their plants, I found most of them had the same problem as myself and an app could address these problems.
Information Architecture: For a first prototype, the app had to achieve two goals – a user generated database of plants to set alarms for, and a way for them to set alarms to remind them to water the plants.
Wire-framing & Prototyping: First app prototype was built with Balsmiq, a second prototype was built with Axure for usability tests.
Usability testing: I developed a task based test, whereby I observed users interacting with the prototype, followed by a survey to gain qualitative feedback.
Reiterate: Based off the usability tests, a lo-fi prototype was built with paper to conduct the next round: design, build, test, fail, repeat.
Results
Prototyping and usability tests revealed the largest problem users had was identifying their plants. Users had a need to identify their plants by picture, as they often did not know the names of their plants. The next round of prototyping would attempt to solve this problem.
Lessons
It would have been beneficial to have a focus group and more interviews with the product users before designing in order to gain more insight into how users identify their plants. Testing with more users will always create more insight, but as an agile project 6 was good enough for the first build. I would also test more than one method of labelling plants. 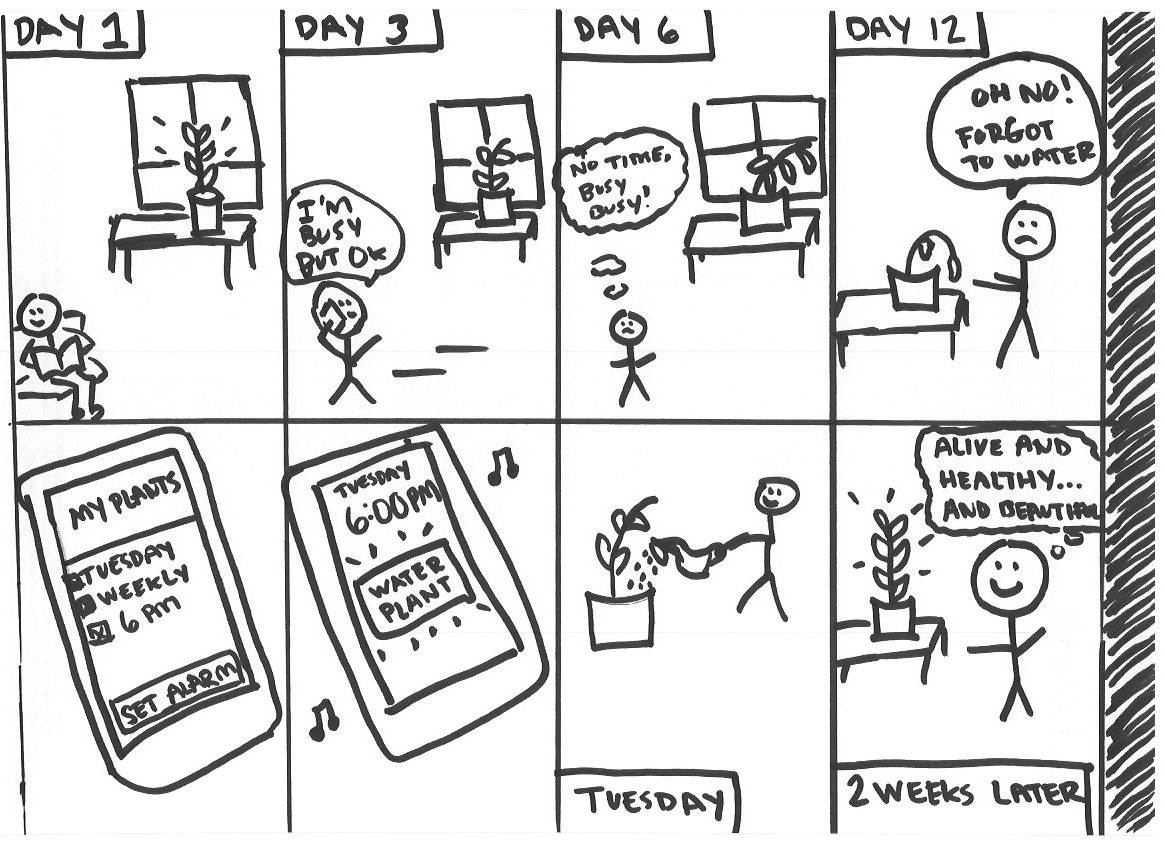 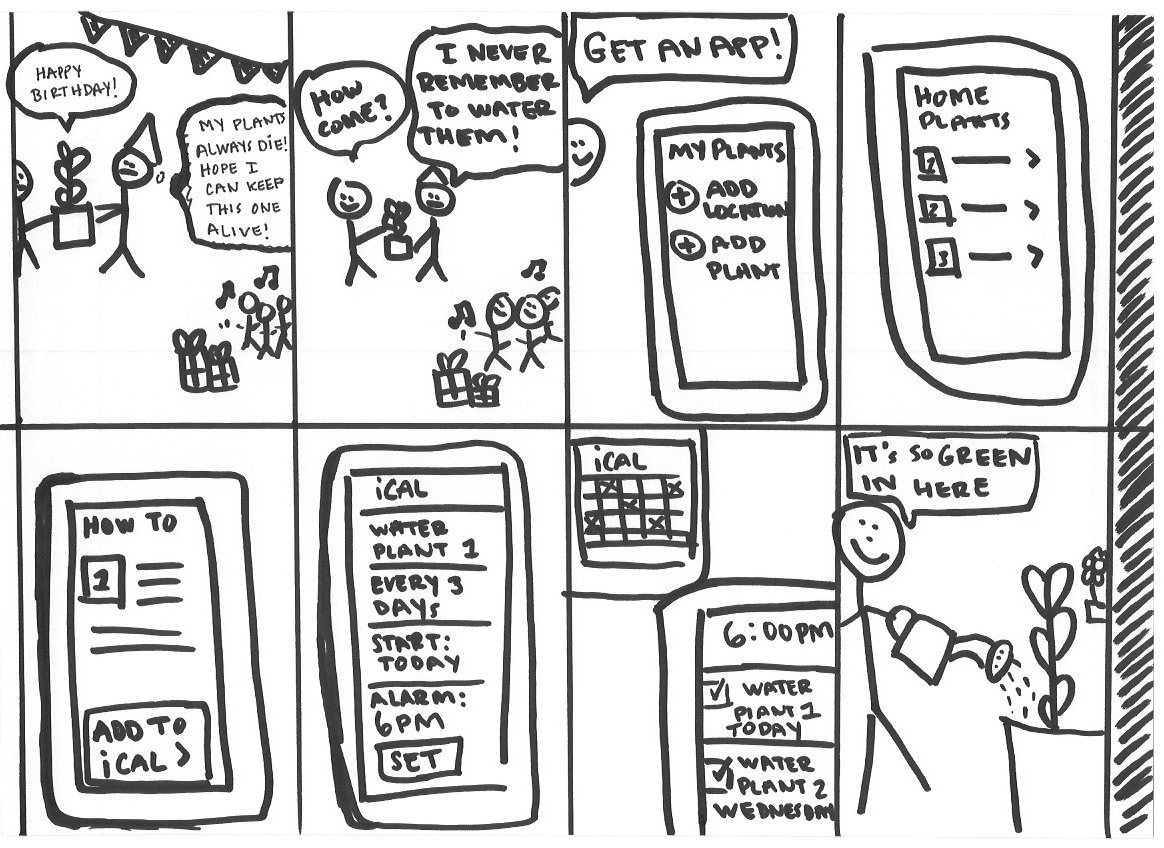 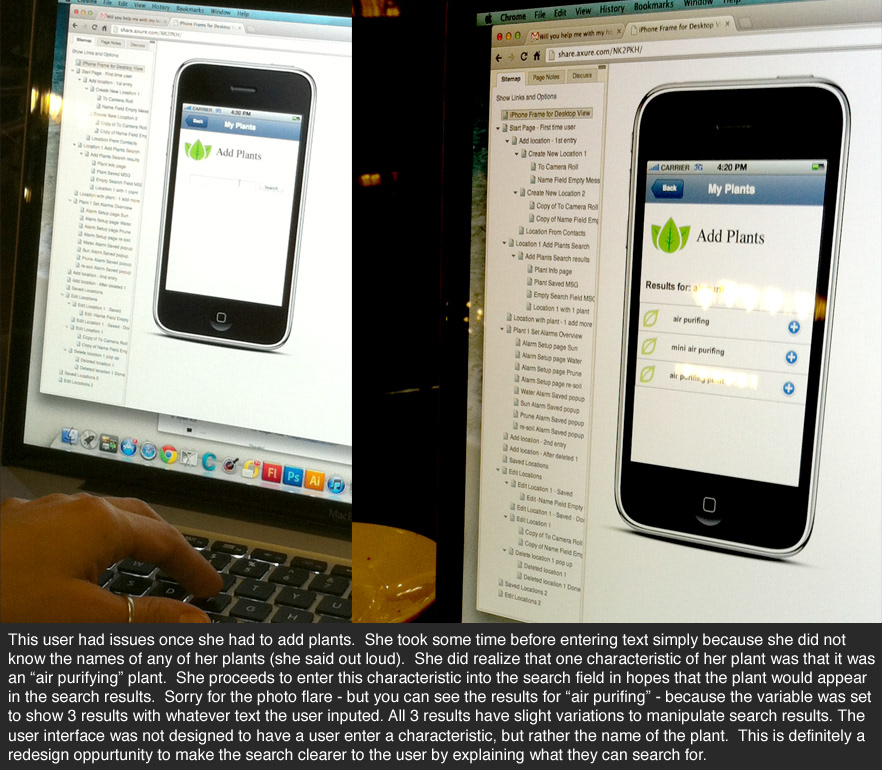 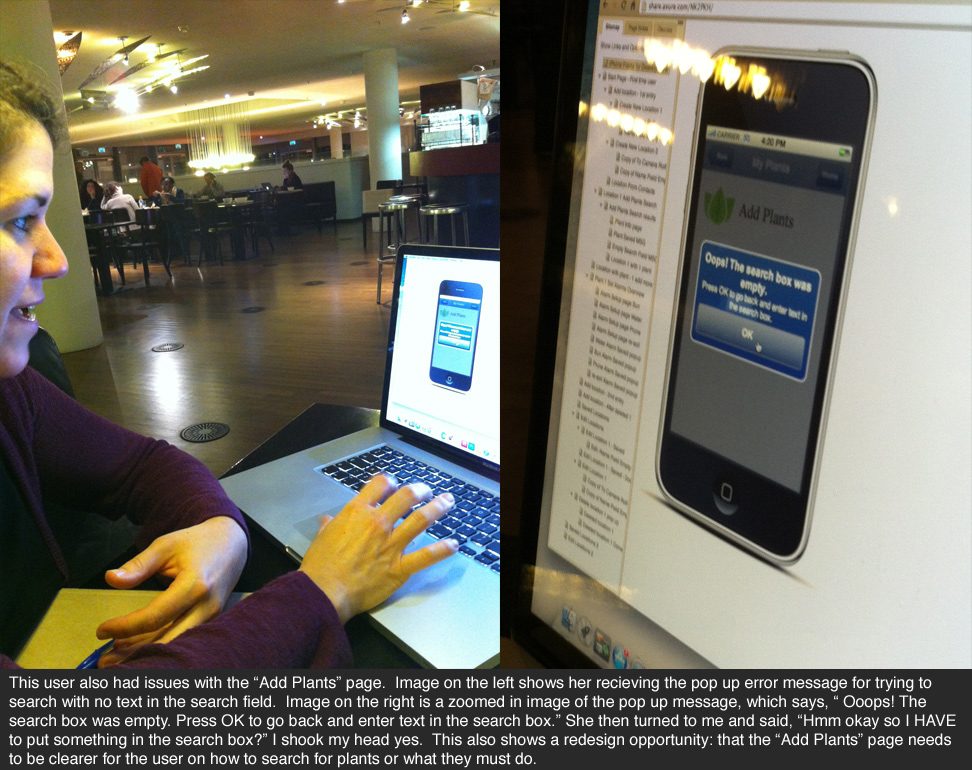 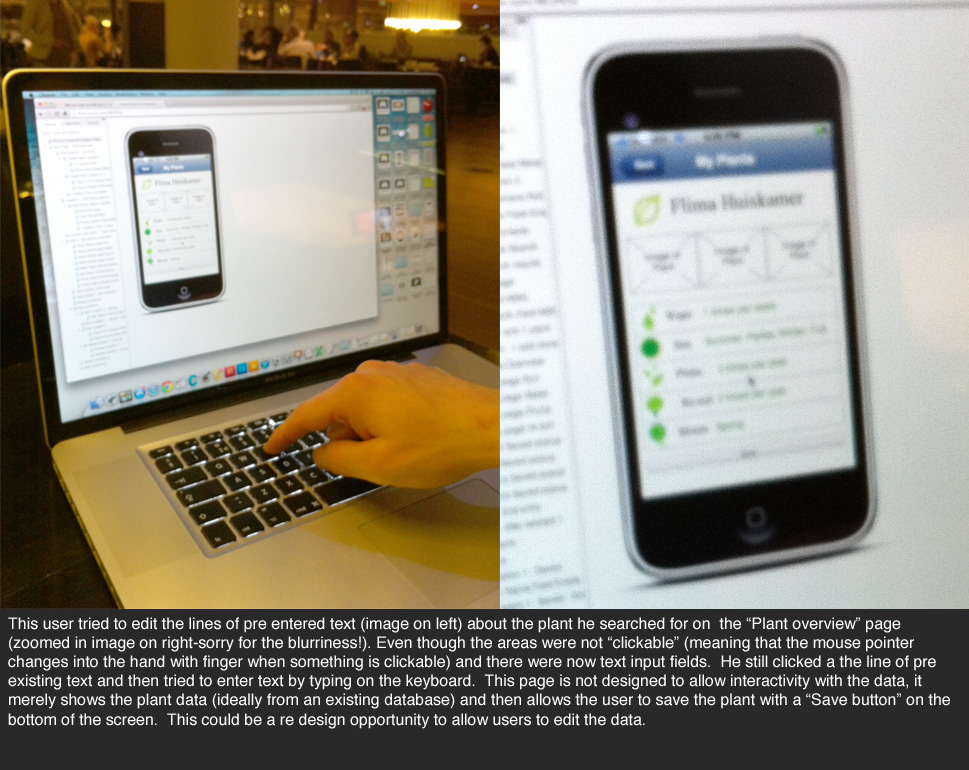 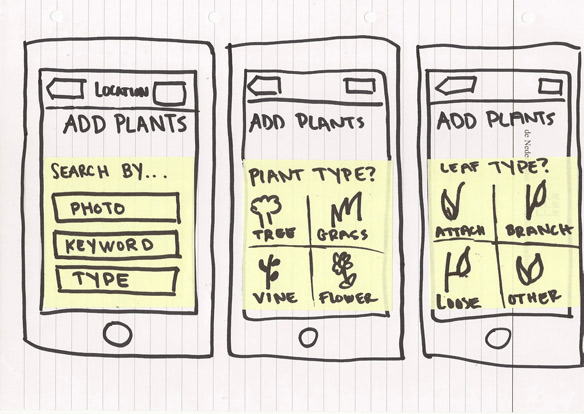